Attorney Jason L. McCoy’s had a dual career in public service. In 2007 Mr. McCoy was elected as Mayor of the Town of Vernon-Rockville. In 2009 Mr. McCoy was re-elected as Mayor and finished his term in November of 2011. Before that Mr. McCoy served on the Vernon Town Council since 1998 where Mr. McCoy has supported many quality of life enhancements in the Town of Vernon, he has fought to keep Rockville General Hospital open, supported the re-development plan for down town, fostered a positive environment to redeveloped the abandon mills, has created ways to increase revenue to the town without increasing taxes and he has worked hard to control government spending, while working to keep the same level of services to the citizens. In 2005 Mr. McCoy was unanimously selected as the Deputy Mayor (Mayor Pro temp) by his colleagues on the Vernon Town Council. 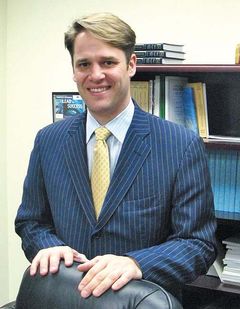