University of California at Berkley

Lenny has been practicing law as a civil trial litigator since he was admitted to the bar of the State of Connecticut in 1986. He is also a member of the United States District Courts for the District of Connecticut, the Southern District of New York, and the Eastern District of New York. Lenny is the managing member of Isaac Law Offices, LLC with offices in West Hartford and Waterbury, Connecticut. He formerly practiced with Brennan & Isaac in Waterbury, Connecticut, Carmody & Torrance in Waterbury, Connecticut, and Day, Berry & Howard (now Day Pitney, LLP) in Hartford, Connecticut. Lenny received his J.D. in May, 1986 from the University of California at Berkeley (Boalt Hall School of Law) where he was a legal research and writing instructor. While at Boalt he researched and drafted a comprehensive paper analyzing emerging trends and theories in insurer liability litigation. He attended his first year of law school at California Western School of Law where he was first in his class and received American Jurisprudence Awards in Civil Procedure, Contracts, and Legal Skills. He received his BA degree in Economics from State University of New York at Binghamton in 1980. Lenny is a member and former Chair of the Executive Committee of the Litigation Section of the Connecticut Bar Association, a member of the Executive Committee of the Insurance Section of the Connecticut Bar Association, a member of the Waterbury Bar Association, and a member of the American Bar Association (Torts and Insurance Practices Group). Lenny also serves on the Board of Directors at Statewide Legal Services. 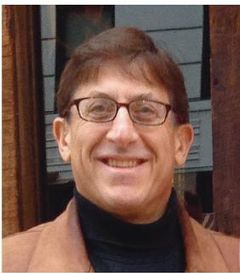