Lawrence C. Sgrignari has been engaged in civil litigation and municipal law for over 35 years. He has successfully tried, arbitrated and mediated numerous jury and court cases, involving serious personal injury, business and commercial disputes and contested probate matters, including will challenges and appeals to the superior court. Mr. Sgrignari has represented individuals in administrative agency hearings before the Workers’ Compensation Commission, the Compensation Review Board and many state licensing agencies. He has appeared and argued before the State Appellate and Supreme Courts.

In addition to his civil trial practice, Mr. Sgrignari has extensive municipal experience, having served as Assistant Town Attorney for the Town of East Haven from 1985 to 1987 and as Town Attorney from 1987 through 1991 and again from 1997 through 2007. In connection with his municipal law practice, Mr. Sgrignari has represented East Haven and other municipalities in administrative proceedings, including matters before the State Board of Labor Relations, the Board of Mediation and Arbitration, the Freedom of Information Commission and other state agencies. He has negotiated and arbitrated collective bargaining agreements and grievances and has handled disciplinary hearings before local agencies and state mediators and arbitrators. Mr. Sgrignari has successfully litigated and resolved many high profile disputes on behalf of his municipal clients; most recently, he was instrumental in negotiating a settlement agreement between the Town of East Haven and the United States Department of Justice relating to effective and constitutional policing. 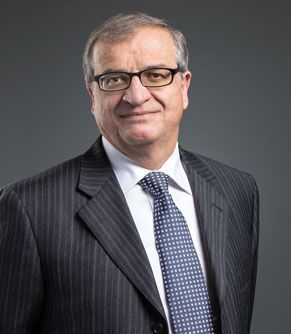