Attorney Reardon has practiced law for over 30 years. While his practice has been varied, he has always been recognized for his work as a trial lawyer. He is certified as a Specialist in Civil Trial Law by The National Board of Trial Advocacy; one of about 100 attorneys in Connecticut who have received that distinction. He is known for his work in personal injury and wrongful death litigation, especially relating to complex motor vehicle accidents, product defects and medical malpractice. After practicing law briefly in New London, he was called to service as a Caption in the U.S. Marine Corps from 1971 through 1973, where he prosecuted and defended over 200 contested court martials. After his military service, he returned to the practice of law in the City of New London. In 1985 he was appointed an Attorney State Trial Referee by the Honorable Ellen Ash Peters, Chief Justice of the Connecticut Supreme Court. He is the author of "After the Dust Settles- Other Modes of Relief" published in the Advocate. He has lectured at numerous professional seminars and authored many legal journal articles. In 1976, he was the recipient of the American Bar Association Award of Achievement for significant contributions to the legal profession. 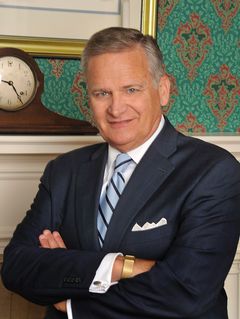