Daniel graduated from Rippowam High School in 1971. He attended the University of North Carolina at Chapel Hill where he was elected to Phi Beta Kappa, and graduated from the honors program in 1975. Continuing his education at the University of South Carolina, Daniel graduated from law school in 1978. He was a member of the Wig and Robe and won the American Jurisprudence Award in Trusts & Estates. Daniel returned to Connecticut where he became a member of the bar of the State of Connecticut, State of New York, and United States District Courts of Connecticut and the Southern District of New York. He was engaged in the private practice of law with several law firms prior to opening his own office in Stamford. In 1993, Dan and Ron Gold opened the law firm of Benjamin & Gold, P.C., at 350 Bedford Street, Stamford, Connecticut. The firm expanded to Benjamin, Gold & Troyb, P.C. in 2016. Concentrating on personal injury litigation, probate litigation, and workers' compensation, Daniel has represented the firms’ clients with outstanding success. Daniel is a caring and compassionate attorney. He is dedicated to success through preparation and hard work. 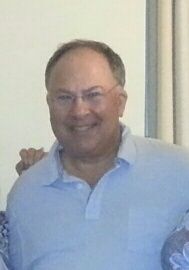