Peter Dreyer, a partner in Silver Golub & Teitell, has devoted his legal practice to civil litigation in areas including medical malpractice, catastrophic personal injury and products liability. Since joining the firm in 2001, Mr. Dreyer has achieved successful results for many clients and recovered millions of dollars on their behalf.

His experience includes the representation of numerous families who have lost loved ones in fires, drowning incidents, motor vehicle collisions and as a result of medical malpractice.

During the last three years, Mr. Dreyer won a $5 million jury verdict on behalf of a wife and her husband in a medical malpractice case, settled a wrongful death case for $4.25 million, recovered $10.4 million for a brain-injured drowning victim, achieved a settlement of $11.85 million for a catastrophically injured person struck by a motor vehicle and settled three additional wrongful death cases due to drowning for a combined $46 million. In 2012, Mr. Dreyer appeared before the Connecticut Supreme Court and successfully argued Downs v. Trias et al.

Mr. Dreyer has been recognized as a Super Lawyer by New England Super Lawyers Magazine and Connecticut Magazine. 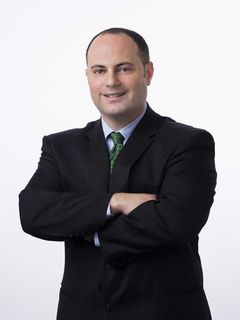