Robert Carter, a partner in the firm of Carter & Civitello, has been an active attorney in Connecticut since 1978. From the beginning, his practice focused on workplace injuries and occupational diseases. Born in Nashville, Tennessee, Bob graduated from Harvard College in 1967 (A.B., magna cum laude, Phi Beta Kappa). He received his master’s and law degrees from Yale University, where he served as Note and Comment Editor on the Yale Law Journal. After graduating from law school, he served as law clerk to the Hon. M. Joseph Blumenfeld, U.S. District Court, District of Connecticut. Between 1972 and 1974 Bob served as an Assistant Professor of Law at the University of Connecticut Law School. From 1974 through 1976 he attended medical school at the University of Connecticut. Bob is a co-author of R. Carter, D. Civitello, J. Dodge, J. Pomeranz and L. Strunk, Connecticut Workers' Compensation Law (Thomson West, Connecticut Practice Series Vol. 19 and 19A, 2008). He has written and lectured widely on issues related to workplace injuries and occupational diseases. Among other articles, he is the co-author of “Legal and Scientific Probability of Causation of Cancer and other Environmental Diseases in Individuals” 10 Journal of Health, Politics, Policy and Law, No. 1, 33 (1985) (with T. Brennan). He served as visiting lecturer at Yale Law School between 1980 and 1983, teaching courses on occupational disease. He acted as Chairman of the Workers’ Compensation Section of the Connecticut Bar Association between 1993 and 1996, and he has surveyed developments in workers’ compensation law annually for the Connecticut Trial Lawyers Association since 1997. From 2010 -2103 he co-taught the course on workers’ compensation at the UConn Law School with Donna Civitello and the Hon. John Mastropietro, chairman of the Connecticut Workers’ Compensation Commission. For many years he has been rated AV by Martindale Hubbell and peer-selected for inclusion in The Best Lawyers in America© (Woodward White). In 2010 Bob received the Pomeranz-O’Brien Award for excellence in workers’ compensation law from the Workers’ Compensation Section of the Connecticut Bar Association. In 2011 he was selected to be a member of the College of Workers’ Compensation Lawyers. With a lifetime appointment Bob serves the Raytech Corporation Asbestos Personal Injury Settlement Trust as its representative for future claimants. Bob is also a director of Spring Bank in New York City and was formerly a director of Raytech Corporation. Bob has three grown children, is married to Donna Civitello, and lives in Southbury, Connecticut. 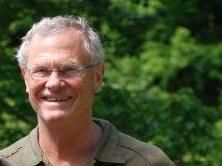