Michael J. Walsh Walsh Woodard, LLC 527 Prospect Avenue West Hartford, Connecticut 06105 (860) 549-8440 mwalsh@walshwoodard.com Michael J. Walsh is a trial attorney, and works exclusively for victims of personal injuries. He is a founder and principal of the Walsh Woodard law firm, which has offices in West Hartford and Groton, Connecticut. Mr. Walsh was admitted to the Connecticut Bar in 1987 and the New York Bar in 1988. He is also admitted to practice in the Federal District Court of Connecticut, the Eastern District Court of New York, the Southern District Court of New York and the Second Circuit Court of Appeals. From 1988 through 1989, Mr. Walsh served as a federal law clerk to the Honorable Ellen Bree Burns, who at that time was the Chief Judge, and now serves as Senior Judge, for the District of Connecticut. Mr. Walsh is an active member of the Connecticut Trial Lawyers Association. He has been a member of CTLA since 1989, and served as President of the organization in 2012-2013. He presently serves on the Association’s Executive Committee and Board of Governors. He also is a member of the Continuing Legal Education Committee, Legislative Committee and Medical Malpractice Committee. In 2013 and 2014, Mr. Walsh served as a State Delegate to the American Association of Justice (AAJ). Mr. Walsh currently serves as the AAJ State Governor since June of 2015. Mr. Walsh is board certified, and twice re-certified, as a Civil Trial Advocate by the National Board of Trial Advocacy. Additionally, Mr. Walsh is an Advocate Member of the American Board of Trial Advocates (ABOTA), and serves on ABOTA’s Executive Committee for the Connecticut chapter. In 2010, Mr. Walsh was inducted as a Fellow of the prestigious American College of Trial Lawyers (ACTL). Membership in the College is limited to less than 1% of the lawyer population of each state. Mr. Walsh serves on the Executive Committee for the ACTL. Mr. Walsh is also Life Fellow of the Connecticut Bar Foundation. In every year since its original publication, Mr. Walsh was selected by his peers as one of the Top 50 Connecticut Super Lawyers, as published in Connecticut Magazine’s Super Lawyer section. In 2009, and then again in 2010, Mr. Walsh was selected as a Top 10 Connecticut Super Lawyer by the same publication. In 2009, he was further recognized as the third highest vote recipient in the statewide poll. For more information on the selection process, please go to www.superlawyers.com/connecticut/ selection_details.html. Mr. Walsh has extensive trial experience handling plaintiff’s personal injury actions in Connecticut’s state and federal courts. His practice focuses primarily on complex matters involving catastrophic loss and injury, including medical malpractice and wrongful death lawsuits. Mr. Walsh frequently appears in the Connecticut Appellate and Supreme Courts, and is listed as attorney of record in several reported Connecticut Supreme Court and Appellate Court decisions, including Suarez v. Sordo, Chylinski v. Walmart, Inc., Meek v. Walmart Stores, Inc., Rumbin v. Utical Mutual, Filippi v. State of Connecticut, Weigold v. Patel, and Falls Church v. Tyler, Cooper & Alcorn. Additionally, Mr. Walsh has served as an adjunct professor at University of Connecticut School of Law. He is a member of the Hartford County Bar Association, the New London County Bar Association, the Connecticut Bar Association and the American Association of Justice. Mr. Walsh is frequently asked to testify before the Connecticut Legislature on issues pertaining to personal injury law and legislation. Mr. Walsh was educated at Stonehill College, where he graduated with high honors in 1984, with a Bachelor of Science degree in Mathematics and Computer Science. He received his law degree from University of Connecticut in 1987, where he served on the editorial board of the Connecticut Law Review. 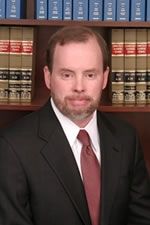