Attorney Paoletti was chosen for inclusion in 'Connecticut Magazine and New England Super Lawyers Magazine as Super Lawyers." Super Lawyers is a rating service of outstanding lawyers from more than 70 practice areas who have attained a high-degree of peer recognition and professional achievement. The selection process is multi-phased and includes independent research, peer nominations and peer evaluations. Attorney Paoletti was recognized for his Criminal Defense work on behalf his clients. Frederick D. Paoletti, Jr. started the firm in its present form in 1990, after having been a founding partner in the law firms of Conte & Paoletti and Conte, Paoletti & Lonergan. Paoletti currently concentrates in the areas of criminal defense, personal injury litigation, appeals and business law. He is admitted to practice before all State and Federal Courts in Connecticut, as well as before the U.S. Court of Appeals for the Second Circuit and the U.S. Supreme Court. Paoletti is a member of the National Association of Criminal Defense Lawyers, the Connecticut Criminal Defense Lawyers, the American Bar Association, American Association for Justice, the Connecticut Bar Association, the Connecticut Trial Lawyers Association, and the Greater Bridgeport Bar Association. He also served as a special master for the Connecticut Superior Court and lectured before the Bridgeport Bar Association. He also sat on The Regional Advisory Board for Housatonic Community Technical College. Paoletti received a Bachelor's degree from the University of Connecticut in 1979 and his Juris Doctorate degree from California Western School of Law in 1982. Attorney Paoletti is a member of the Million Dollar Advocate Forum, an organization whose membership is limited to attorneys who have obtained settlements or judgments of $1 million or more. (Please note past settlements or judgments are no indication of the value of your case.) Attorney Paoletti has an AV Peer Review rating from Martindale-Hubbell, the highest rating available, a testament to his professional accomplishments and ethics. 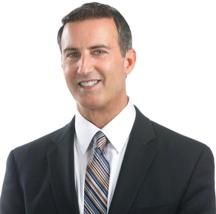