Jim leads the personal injury department of Zeisler & Zeisler P.C. He is a member of The National Trial Lawyers Top 100 and The Motor Vehicle Trial Lawyers Top 25. He is admitted to practice law in all Connecticut courts, The Mashantucket Pequot Tribal Court, New York, and the District of Columbia.

Jim began his career in the United States Army, serving as a Paratrooper in the 82nd Airborne division and later with the 2nd Infantry Division in the Republic of Korea. He reached the rank of Sergeant and was honorably discharged from active duty before returning home to attend college and law school.

Upon earning his law degree, Jim established his own practice in his hometown of Stratford. After many years in private practice, he won a historical election as the first mayor of Stratford, Connecticut. He proudly held this position for four years where he was successful in controlling taxes, increasing the bond rating, delivering budget surpluses, protecting the environment, driving economic development, preserving and repairing infrastructure, and advocating for the arts. 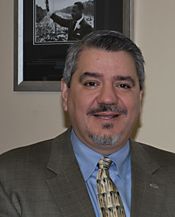